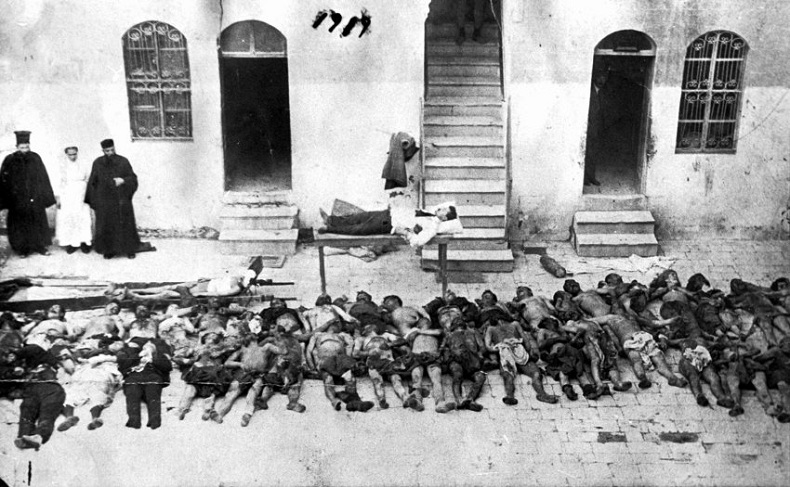 In this 1919 photo released by the Armenian National Archives shows victims of the “Great Slaughter” in the northern Syrian city of Aleppo. The sign reads: Some of the Armenians, who were killed and brought to the Armenian Relief Hospital during the massacre of Feb. 28th 1919 at Aleppo. Violence against Armenian centers in eastern regions of the dying Ottoman Empire spiked over the summer 1915. Hundreds of thousands of Armenians deemed subversive to the empire _ as many as 1.5 million, by many accounts _ died in what is today eastern Turkey.Most were driven into the deserts of Syria and Iran, over the mountains into the southern Caucasus, into disease and starvation, hounded and attacked by maurauding soldiers, Turkish and others.(AP Photo/Armenian National Archives, HO)