Caitlyn Jenner’s first campaign ad has received a surprisingly warm reception from conservative commentators. Are they afraid to be impolite? Cowed by the word transphobic? There is nothing conservative about transgenderism or Jenner’s aggressive assertion of trans identity. The ad itself, while it scans images of California’s decay, specifies no policy solutions. It relies on name recognition and Jenner’s itch to “shatter glass ceilings.”

Ceilings serve a purpose. Are we so acclimated to the grotesque that we no longer recognize it for what it is? A female impersonator’s play for the governorship of a state that controls some 15% of our national economy earns a gold medal for grotesquerie. Were I in California, I would vote for Tweety Bird over Caitlyn Jenner if it came to that. At least Tweety Bird was authentically fake. The fakery of Jenner’s simulation of womanhood is celebrated as the real thing.

Is Tweety male or female? That was never clear. But it did not matter. Every kid watching Looney Tunes at a Saturday matinee at the Loew’s Paradise knew Tweety was make believe. Today’s children would look at Caitlin Jenner in the governor’s mansion and not understand they were seeing a living cartoon. Caitlyn is a flesh and blood analogy to Pixar animation—the fantasy genre of a dying culture. 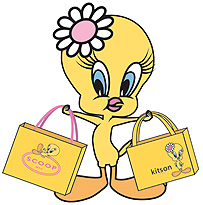 Until he put himself forward as a candidate, I had sympathy for Jenner’s slide into a surgically enabled psychosis. There was pathos in a man who had once achieved something real deciding to upgrade his status among the celebrity class. By now, though, no sympathy is left for a delusional narcissist marketing himself as California’s savior on no firmer basis than what Daniel Boorstin termed well-knownness. His celebrity is reinforced by the same morbid attraction to the bizarre that made a popular success of P.T. Barnum’s Freak Show. Caitlyn Marie Jenner inhabits a line of descent from Josephine Clofullia, the Bearded Lady. And from Charles Stratton who became an international sensation exhibiting himself as Tom Thumb.

The Deceiving Allure of Celebrity

Willfully blind to the implications of Jenner as a state’s chief executive, conservatives are delighted that this world-class transgender is a Republican. Doesn’t his stance against biological males competing against biological females prove he is a true conservative? What a gal! Just look at Jenner’s campaign ad. Watch the camera roll through grim sights of California’s decay. See homeless encampments and piles of needles! Look at those shuttered businesses and sad faces on the anonymous masses! What a message!

While you look, keep in mind that what you are seeing is the pervasive language of advertising. Here is a disturbed egocentric artfully packaged for sale to an equally packaged audience. Celebrity culture makes gulls of us all. Even Power Line’s sober-minded John Hinderaker advised readers: “Look, if you can’t have sensible government, at least you can have entertaining government!”

Entertaining.  Are you amused? Let’s remind ourselves of Leonard Ravenhill’s dictum: “Entertainment is the devil’s substitute for joy.” Only a bored electorate, one hypnotized by watching life flit across a hand-held screen, could accept the diversion of an activist-governor in drag. Only naifs would trust Jenner’s statement on the gender-in-sports issue. If he had not taken the stand that he did, his candidacy would be dead at the start. And there is time for conservatives to evolve in office.

Designing A Product That Voters Want To Buy

I watched Jenner’s ad “Caitlyn For California.”  That initial 3/4 shot of Jenner’s décolletage set the tone of my response to the rest. I did not see a well-endowed woman. I saw a post-op decathlete who likely required tissue-expansion procedures or skin grafts to accommodate those breast implants. [In time, they need to be replaced.] Could a 71-year old male grow so much long hair? Or does he use the famous Kardashian hair extensions? Then there was the dissonance between his male voice on the sound track and the sight of his female-like exterior. A soft-focus close-up was mercifully brief.

Camera shots selected to resonate with targeted voters transform material for a bad movie into a political hurrah. Media consultants design—for a price—a candidate the voters want to buy.

Under cover of a pitch for return to normalcy in California, the ad is insidious. State politics and trans politics are cleverly woven together to lull viewers into believing they are seeing something that is not there.  At the same time, it distracts them from seeing what really is there: a high profile platform for trans activists. The ad cements transgenderism in the public mind as something ordinary, nonthreatening to rational order. The new normal.

This Transwoman Is Just Another Working Joe

A glimpse of Jenner’s gold medal and flashbacks to the 1976 Olympic Games insinuate themselves as credentials for his ability “to save California.” Scripted repetition of the word “we” aligns him with working Californians, e.g. “We’re the trailblazers, the innovators.”  Harper’s Bazaar cites Caitlyn’s net worth as $100 million, give or take. Contrasted with mountains of Kardashian cash, that seems scanty. Apparently the difference qualifies Jenner to include himself among cash strapped Californians: “They’ve taken our jobs, our money, and our freedom.” Our. It takes a heart of stone not to laugh at this expensively crafted image.

Jenner declares himself “a disruptor—a compassionate disruptor.” He is “a leader unafraid to leap to new heights.” [Cut to Bruce racing to the finish line back in the day.] He will “challenge and change the status quo.” A disruptor at the golden gate, he is running the most important race of his life, This one is to help all Californians “reclaim our true identity.”

The double entendre is treacherous.

At Stake In Mistaking Image For Reality

Among the few notable conservatives who grasp the cultural stakes, John Zmirak tells why he is #NeverJenner and you should be too:

The transgender madness is the single greatest threat we face today. While it doesn’t pile up dead babies like abortion, it threatens our freedom of speech and religion. Its devotees, like castrated priests of Cybele, try to spread mental illness among our children. . . .

Think about what a Bruce Jenner win would mean for our resistance to tyrannical transgender laws that tear apart families, destroy women’s sports, fill women’s prisons with male rapists, and encourage self-mutilation.

Saving California sounds good. But, assuming the state is still saveable, leave the rescue to someone closer to the nation’s center of gravity. Jenner’s queer candidacy is not worth the cost to an increasingly fragile republic. Zmirak’s parting shot will annoy conservatives who insist on politesse in a combat zone:

Let Bruce Jenner go seek attention somewhere else. Maybe he can decide next to change his race and run for mayor of Detroit.

Observing the rise of celebrity candidates, Chilton Williamson, Jr., draws on aspects of Daniel Boorstin’s 1961 essay “From Hero to Celebrity: the Human Pseudo-Event.” On a list of glittering celebrities (e.g. Oprah Winfrey, Megan Markle, Kanye West) who floated a run for the presidency, Jenner is just one more name on the roster. Williamson’s concern, like Boorstin’s, is the process by which fame is manufactured. The media fabricates notoriety with technological prowess that has grown in the sixty years since Boorstin wrote in The Image:

Our power to fill our minds with more and more “big names” has increased . . . our willingness to confuse the Big Name with the Big Man. Mistaking our powers for our necessities, we have filled our world with artificial fame. . . . Having manufactured our celebrities, having willy-nilly made them cynosures—the guiding stars of our interest—we are tempted to believe that they are not synthetic at all, that they are somehow still God-made heroes . . . .

Celebrities are not a cultural achievement or adornment of any country. Fame was a symbol of national, as well as of personal achievement. Celebrity is a symptom of the degeneration of a nation and its citizens into unseriousness, triviality, fantasy, and personal and collective neurosis.

Soon afrer copying that final sentence from Williamson’s essay, I caught a glimpse of CNN. The chyron at the bottom of the screen read:

Just In: The Obamas report that the former First Dog has died.

Accompanying this “news” are several scenes of Michelle playing with the deceased in better days. Just so does what we need to know decrease in proportion to the amount of mainstream news consumed.

Print This Article
Previous Post: Renewing The Church vs. Rebranding It
Next Post: In The Company Of Robots