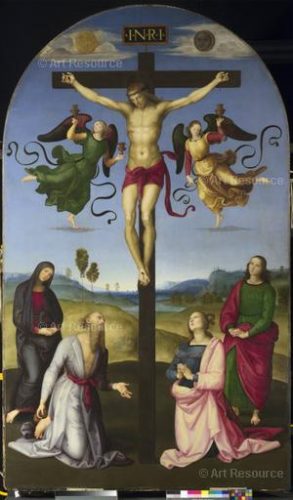 I, for my part, am simply too jaded to be offended.  I noted, of course, the strength—the shock—of the image in question. That’s the point of the various memento mori, after all.  And in our time—much more than for those medieval and later artists—the linking of sex with death has become poignant.  We deal with things of which they could not have conceived. And precisely because so many people have become complacent with what not long ago would have been considered monstrous, it is sometimes necessary to shock them.