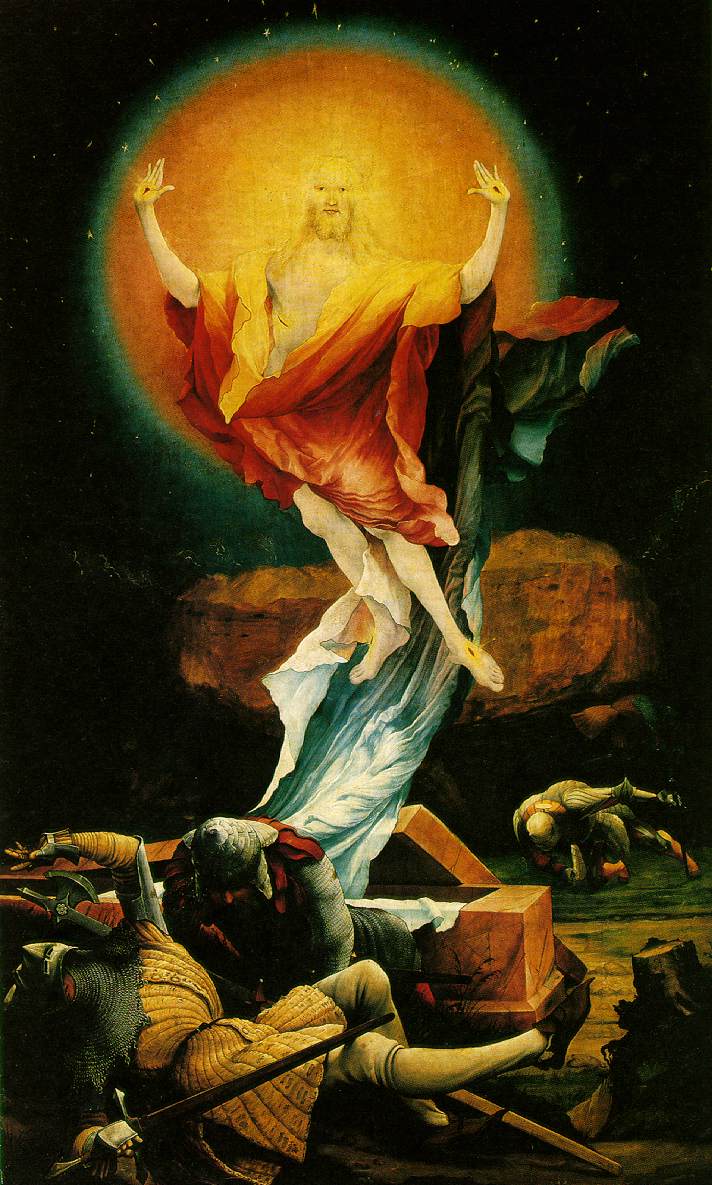 THE RESURRECTION, from Matthias Grünwald’s Isenheim altarpiece, is the single most striking image of the event on which Christianity is founded. It dramatizes the center of the Christian mystery—and, correspondingly, the mystery of man. Neil MacGregor—art historian, director of the British Museum, and man of faith—responds to drama of the painting in his Seeing Salvation. (Published by Yale University Press, the book accompanied his 2000 television series by the same name.)  Standing in front of the altar, he says this:

Grünwald shows us what, according to the Gospels, nobody saw.