The current drumbeat for universal vaccination with an experimental biological agent is unprecedented. It ought to be met with a certain reserve. Instead, it has been greeted with child-like trust and promoted by Pope Francis.

In the time of COVID, the military-industrial complex of sixty years ago has been upstaged by the medical-industrial complex. And the pope approves. A needle in every arm and “global governance” to enforce it—pharmaceutical redemption is at hand. Francis spoke for authoritarian world-improvers from Davos to Foggy Bottom when he called for “a justly financed [read: U.S. financed] vaccine solidarity.”

Such global harmony promises a faster, deeper bliss than what the Church traditionally offers. Why has the Pope of the World joined the corporate stakeholders in this global vaccine campaign? The recent Vatican conference on cell therapies is filled with clues that its professed commitment to cancer cures, and other medical miracles, is a pious cover for the Vatican’s need for revenue stream. But first . . . . 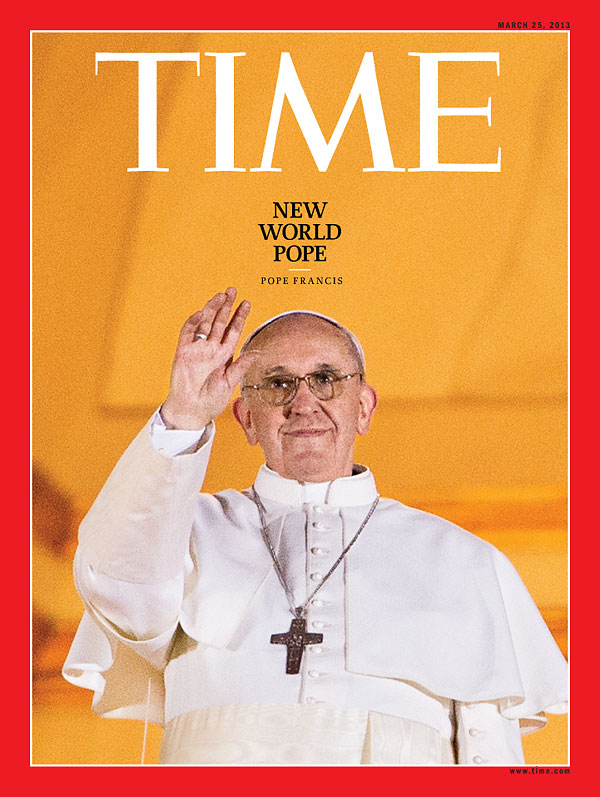 By now most readers know the conditions under which Pfizer and Moderna received U.S. approval for emergency use. They were permitted to bypass the time needed to fully assess the safety of the coronavirus vaccines. Today’s technology can speed up development of new drugs but only time can provide the data needed to determine the safety of those drugs throughout the population and over an extended period. Five to ten years is an average requirement.

Without a doubt, today’s novel vaccines are stunning inventions. However, they were rushed to market after a mere two months of observation, disregarding the regulatory minimum of—at least—two years. We have since learned that the government’s condition for granting approval on an emergency basis was that no alternative treatment for COVID-19 existed.

Yet that was true only in the narrowest, not to say misleading, sense. True, no treatment designed specifically for COVID-19 had been developed. Nevertheless, treatment most certainly did exist. Ivermectin and hydroxychloroquine, both readily and inexpensively available, were effective means of treatment in early stages of COVID.

There was government money at stake in the issue of whether treatments already existed. The Food and Drug Administration pledged up to $483 million to speed clinical testing and prepare for large-scale production. On April 16, 2020, BioPharma Dive wrote:

No mRNA vaccine is approved for any kind of infectious disease and Moderna, as a biotech with no approved products, has little experience manufacturing at the kind of scale which would be needed if its vaccine succeeds.

Note the date. Once it was known that a vaccine was feasible, both ivermectin and hydroxychloroquine were suppressed in COVID treatment. That left infected people untreated until the disease was so advanced that hospitalization was required. How many patients died on ventilators who might have recovered had ivermectin been prescribed when symptoms first appeared? Were the two drugs disallowed because their patents had expired and could now be produced as low-cost generics? Were they aggressively proscribed because the incentive for profit pointed elsewhere?

[At this posting, the cost of ivermectin ranges from single digits to around $30. By contrast, Gilead Sciences set the price of the newly patented Remdesivir, at $3120 per patient for a typical treatment course for the privately insured. That was one year ago. At the time, Gilead’s CEO, Daniel O’Day, said, “There is no playbook for how to price a new medicine in a pandemic.”]

Used safely in medicine since 1981, ivermectin won a Nobel Prize for its discoverer, Japanese scientist Satoshi Omura in 2015. But as of today, despite the drug’s success in a broad range of parasitic infections, plus its growing regard as an antiviral,  Wikipedia still cites three articles, between March and May of this year, debunking the potential of ivermectin for treatment of COVID.

While this pontificate advocates for firms creating new drugs—inevitably high-priced given the immense costs of development—it has nothing to say about an available drug. This 2015 article on ivermectin’s function in impoverished countries, especially the tropics, is worth reading:

Because of its excellent safety profile and broad spectrum of activity, ivermectin is catalogued by the World Health Organisation as an essential medicine and is regarded by many as a “magic bullet” for global health. The effectiveness of ivermectin against many diseases associated with poverty makes it a candidate to be one of the next breakthroughs in global health owing to its potential for improving quality of life and reducing mortality rates in low-income countries. . . .

The as yet unexplored potential of ivermectin in public health is enormous, in particular its usefulness for controlling and eliminating several neglected infectious diseases and its potential role as a tool for malaria control .  .  .  . Major large-scale research initiatives are needed to facilitate new applications of ivermectin and to provide evidence on its effectiveness and safety in these settings. However, the first step towards improving the lives of millions of people, particularly school age children, is to implement policies that will provide access to this essential drug at a reasonable prices for the population affected by these diseases.

Follow The Money. Or, To Say It Politely, Cui Bono?

I do not mean to make recommendations for or against any particular product or protocol. What matters here is that we keep in mind the compromises built into the biotech industry’s dependence on the financial world. Biomedical research is biased toward the big, bold bet—a dazzling pharmaceutical breakthrough, a compelling new procedure. It is the promise of vital, godlike innovation that creates market euphoria to entice investment. It draws grant money, raises status, and establishes reputations. At the same time, the Big Bet inhibits the skepticism and independent criticism needed for self-regulation. A grain of salt on the hype helps keeps science out of the quicksand moving toward the truth of things.

The Pontifical Council for Culture’s latest medicine show, the Fifth International Vatican Conference in support of cell therapy, suggests that hype is in the saddle. And rides Rome. This year’s conference, like its four predecessors, was a stalking horse for the biomedical industry.

It is not necessary to repeat what has been written well by others. The work of Michael Haynes for LifeSiteNews and the commentary by George Neumayr at American Spectator have been splendid. I cannot recommend their articles strongly enough. The culture of death has no more trenchant analysts than these two men.

Yet still absent from discussion is recognition of the role of money in the Vatican’s congeries of secular enthusiasms.

Gone missing is any attention to the disingenuity of the Vatican confab in May. On one level, it was a pitch-perfect expression of the treacherous incoherence of the Bergoglian pontificate. But it was  something else as well. Dig past the obfuscating clutter of celebrity and sanctimony—past all the rhetorical high purpose on display. This was the fifth installment of an ongoing, artfully choreographed trade show for a volatile, high-risk industry in which the Vatican is invested.

More On This In Part 2. Meantime, Let’s Listen to Ike.

President Eisenhower’s farewell address on January 17, 1961 entered history as the Military-Industrial Complex Speech. The phrase has penetrated our common language, recited as a mantra by proponents of disarmament. But reading it now in respect, and from the standpoint of shifting goal posts in the struggle against COVID-19, “an alert and knowledgeable citizenry” finds a warning against more than the military establishment. The medical-industrial complex fits here as well:

Akin to, and largely responsible for the sweeping changes in our industrial-military posture, has been the technological revolution during recent decades.

In this revolution, research has become central; it also becomes more formalized, complex, and costly. A steadily increasing share is conducted for, by, or at the direction of, the Federal government.

Today, the solitary inventor, tinkering in his shop, has been overshadowed by task forces of scientists in laboratories and testing fields. In the same fashion, the free university, historically the fountainhead of free ideas and scientific discovery, has experienced a revolution in the conduct of research. Partly because of the huge costs involved, a government contract becomes virtually a substitute for intellectual curiosity. For every old blackboard there are now hundreds of new electronic computers.

The prospect of domination of the nation’s scholars by Federal employment, project allocations, and the power of money is ever present and is gravely to be regarded. Yet, in holding scientific research and discovery in respect, as we should, we must also be alert to the equal and opposite danger that public policy could itself become the captive of a scientific/technological elite.

NOTE: To be continued.