America bills itself as the go-to publication for “thinking Catholics and those who want to know what Catholics are thinking.” Distressingly often, the Jesuit flagship puts me in mind of the hookah-smoking Caterpillar who shouts to Alice “I’ve something important to say!” Sometimes it really does. Other times I wonder if St. Ignatius has his regrets.

My wonderment spikes when the editors prod me to think deeply about the eco-spirituality of Pope Francis. Laudato Sí placed environmental issues at the heart of Christian concern. To keep it in the Catholic eye, Francis launched Laudato Sí Week on May 22.  An elaborate week-long promo for the seventh anniversary of his signature encyclical, it ran until May 29.

Consider this June 7th headline: “A young Canadian woman is reconsidering medically assisted suicide after a GoFundMe campaign.” What drove this thirty-one year old woman, identified only as “Denise,” to apply for help in killing herself? Camouflaged as a human interest story, the article drops its cover in the opening sentence:

After years struggling in vain to find an apartment adapted to relieve the symptoms of her acute environmental hypersensitivity, a Canadian woman applied for and received preliminary approval for medical assistance in dying.

Denise suffers a variant of Ehlers-Danlos-syndromes [EDS], an elusive group of rare disorders that vary in their effects and possible genetic causes. She claims to have also acquired sixteen other conditions, including multiple chemical sensitivities [MCS] credited with causing allergic reaction to “very low levels of chemicals like those found in laundry detergents, air fresheners or cigarette smoke.”

In addition, she has used a motorized wheel chair since a spinal chord injury six years ago.

There is no doubt that the woman suffers. But it is not limited mobility—a feasible trigger for manic depression—that brings her to the attention of America. It is not the moral significance of assisted suicide. Neither is it EDS. While there is no cure for a condition as inchoate as EDS, Denise knows that treatments for its manifestations do exist. The core of concern is the woman’s claimed environmental sensitivity.

A discordant note enters the story here. Her suicide is on hold while she waits for subsidized housing to accommodate her susceptibilities.  If the desired housing —“safe places built with environmental counseling”—is not forthcoming, Denise will reactivate her request for help in killing herself.

Does that strike you as emotional blackmail? A calculated play? Sentimentality, a soft demagoguery, is handy for targeting emotions for political ends. Denise’s threat of suicide seeks to leverage personal sympathy into an indictment of social services insufficiently tailored to environmental complaints with no medically identifiable basis.  Moreover, it shifts blame for her suicide—should she proceed—onto social services and the devices of modern life.

Denise admits that much of her distress could be avoided if she were appropriately housed. She says her symptoms have markedly improved since “supporters” moved her into a hotel that has “good air circulation, windows open to green spaces and limited exposure to smoke and chemicals from laundry detergents and air sanitizers.”

Enter chief supporter David Fancy, a professor of drama and critical disability studies at Brock University, Ontario. He believes he also suffers from MCS. As one of the principals of Well Earth Collaborative, he sponsored Denise’s GoFundMe campaign “Save a Life with Safe Housing.” The collaborative is an activist organization committed to “reciprocal healing between humans and the earth.”

Animus against the developed world is implicit in the term “reciprocal healing.” Man has sickened the planet—a cherished theme of this pontificate. On World Environment Day, 2020,  Pope Francis prioritized the ecosystem:

We cannot pretend to be healthy in a world that is sick. The wounds inflicted on our mother earth are wounds that also bleed in us.

A vague word wounds. Its imprecision suggests that Earth has a right to be left alone. Francis echoes the creed of priest-ecologist Thomas Berry, a self-described “geologian.” Fr. Berry insisted that we must engage “with the most serious transformation of human-earth relations that has taken place at least since the classical civilizations were founded.”

And so on. Eco-sensitivities multiply as environmentalists uncover evermore hidden threats to “the environment.” MCS is a stalking horse for elimination of man’s fingerprint on nature. Though an accepted diagnosis by the Canadian Human Rights Act, MCS remains disputed by the medical community. Merck Manual addresses this cluster of “idiopathic” hypersensitivities. It concludes that “physical findings are unremarkable. Diagnosis is by exclusion. Treatment is psychologic support and avoidance of perceived triggers, although triggers rarely can be defined.”

In other words, eco-zealots pursue sensatory hazards on facts no firmer than the spectral evidence brought against witches in the 17th century. Or, more recently, the banning of CFCs and the demonization of CO2. despite lack of substantive evidence. In sum, these perceived illnesses are best treated as psychological factors inducing physical symptoms that elude medical explanation.

The entire material world—and everyone in it—is comprised of chemicals. The household products blamed for Denise’s distress are stand-ins for industrialization in toto. She is a useful spear carrier for a global agenda that would make environmentalism what Al Gore proclaimed it: “the central organizing principle for civilization.” 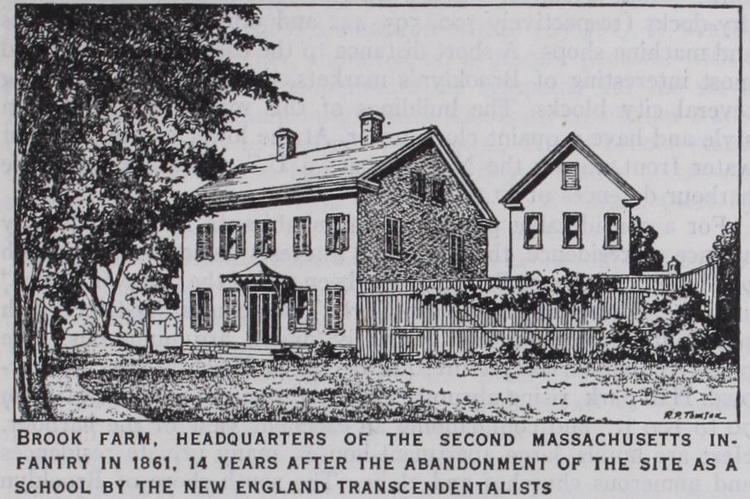 The Well Earth collaborative, which is fundraising for Denise, is also applying to the Canada Mortgage and Housing Corporation [one of Well Earth’s “patient resources”] for funding to build special housing for others with environmental sensitivities, with a 50-acre plot of land in a rural region north of Toronto identified as a possible site.

Semi-subsistence agriculture, communal living, and a simpler way of life for progressive urban intellectuals—such was the arcadian dream of Brook Farm. Hawthorne, who spent a year in residence, was grateful to leave in 1842. His The Blithedale Romance gives clues to some aspects of the temper of that utopian experiment.

Print This Article
Previous Post: Marginalia on Dobbs and Roe
Next Post: Political Violence: Hatred As A Cleansing Flame