The Dobbs decision has been thoroughly analyzed and discussed elsewhere. What appears here are notes jotted in the margins. Begin with the anarchic trajectory of Justice Kennedy’s “mystery passage” of thirty years ago.

Roe v. Wade invented a Constitutional right out of whole cloth. Planned Parenthood v. Casey exalted the grounds of that invention. The 1992 decision codified Justice Kennedy’s madcap dictum: “At the heart of liberty is the right to define one’s own concept of existence, of meaning, of the universe, and of the mystery of human life.”

Mystery does not yield to definition. Objective reality does not bend to absurdist preferences. The repeal of Roe has taken Casey with it. Still, this mother-to-be testifies to the havoc that remains.

Yes, we are free to conceive our own Theory of Everything. Free to believe that a raven is like a writing desk. But no sane governing body issues a license to act at will on subjective notions of what is real and what is not. Attempted realization of irrational, ignorant, solipsistic, or capricious reasoning is a nation’s road to hell.

Definitions and behaviors are distinct things. Civil societies have something to say about the difference. Decomposition of the cultural ecosystem that sustains our civil society has roots in Kennedy’s precept. And the nihilism it epitomizes.

The speed of our disintegration, propelled by hellhounds in politics and media, frightens me.

To the question “When does life begin?, the pregnant woman with her graffitied belly answers: it begins at birth.

Embryologists know better: life begins at the moment of conception. The very question is an exercise in propaganda. It blows smoke on biological reality by pretending that the answer is a matter of values, not of facts. Posing it as a religious problem places abortion beyond the authority of the state. Women can respond as they choose.

This argues against the assumption among Catholics that more catechesis is the vital corrective. Abortion’s standing as a religious issue is subordinate to its nature as an ethical and philosophic one. It recommends itself to religious consciences by dint of moral principles that derive from the intrinsic humankind of that single-cell organism produced by a woman’s fertilized egg.

By and of itself, so much depends on biological fact.

Oddly enough, my Darwinian public school biology teachers used to answer the question without consulting their Bibles: life began at conception. Frog life, bovine life, human life. But in those days nobody had any axes to grind, so nobody denied or evaded the obvious. “When does life begin?” became a mystery only with the emergence of a political interest in killing the unborn.

Dobbs, in its lawful restraint, did not—could not—address that elemental question. The sophistry that elevated abortion from a necessary evil (as it was called) to a positive good remains at work in the culture.

The Civil Rights Act of 1964 was expanded in 1968. Roe v. Wade was a brainchild of that expansion. In 1973, the Supreme Court rehabilitated abortion by declaring it a matter of rights. Fred Siegel took the measure of that era in The Revolt Against the Masses: “Rights talk, trading on the moral authority of the civil rights movement, became the new language of liberalism.”

The destabilizing detection of ever-new civil liberties is culturally ingrained by now. Rights rhetoric has swollen into a deity, a great Moloch devouring objection to every desire, delusion, or disorder that appeals to it.

[Four days after Dobbs, a coterie of House Democrats proposed a Transgender Bill of Rights “to provide protections for transgender and nonbinary people, ensuring that they are not discriminated against or persecuted for their gender identity and expression.”]

The Dobbs decision shocks our cultural elites because it clamps a thumb on Moloch’s throat.

Women wailing over the Dobbs decision are acting out a fantasy. They view themselves as heroines carrying forward the supposed enlightenment of that dubious slogan “the personal is the political.” Vivian Gornick, a feminist icon of the Sixties generation, gave voice to that fusion of personal feelings—”fierce attachments”—with a politics smitten with the grandeur of utopian ideals. Her book, The Romance of American Communism, was a paean to radical politics. “Full of sorrow and glory,” the movement leftward “embodied the stirring spectacle of human beings engaged, alive to the beauty and rawness of self-creation.”

Self-creation—a Romantic conceit that has been curdling since Whitman sang of himself.

In Letters to A Young Contrarian, Christopher Hitchens confessed his disillusionment with the rallying cry of the late 1960s and ’70s:

I remember well the first time I heard the saying “The Personal is Political.” .  .  . I knew in my bones that a truly Bad Idea had entered the discourse.  .  .  . People began to stand up at meetings and orate about how they felt, not about what or how they thought, and about who they were rather than what (if anything) they had done or stood for.

Women who follow directives to “shout your abortion” reject any divide between the personal and political domains. Flush with a prodigal sense of entitlement, they fail to admit a moral chasm between how a woman feels about her pregnancy and what she does in relation to the individual gestating within. 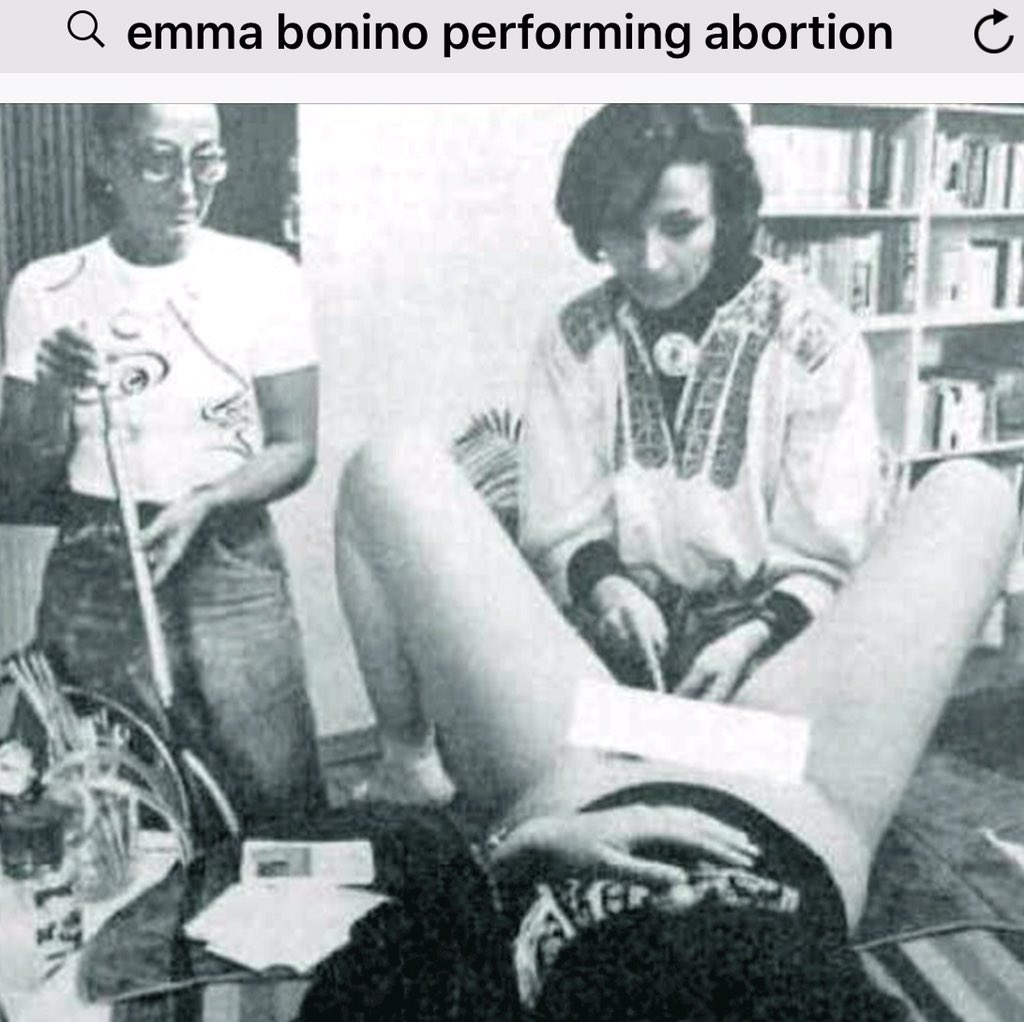 Emma Bonino, a founding member of the World Economic Forum, was instrumental in legalizing abortion in Italy. She began a remarkable international political career as an illegal abortionist who used a bicycle pump to extract fetuses. Her early “activism” has largely disappeared from her online bios. In 2016, Pope Francis called her one of Italy’s “forgotten greats.”

Forty years ago Sobran wrote in National Review: “Abortion might be called the single issue about which one mustn’t be a single-issue voter.” In the run-up to the 2020 presidential election, the American hierarchy warned Catholics against single-issue voting. This was code. It granted permission to Catholics to cast their votes for a pro-abortion candidate.

Our Excellencies swore to the importance of other threads in the seamless garment of human needs. They disdained single-issue voting because they themselves were wedded to the single issue of open immigration. As was Francis. He made no secret of his preference for open-borders Biden over pro-life Donald Trump.

[Even Archbishop Cordileone waited until Biden was inaugurated before opening a Twitter account to broadcast opposition to abortion.]

Papal silence on Dobbs is telling. The Pontifical Academy for Life issued a pro-forma statement [read Anthony Esolen’s commentary at the link]. But from Francis, not a word. Instead, he joined abortion booster Nancy Pelosi in a post-Dobbs photo-op at the Vatican.  The coordinated public schmooze was a finger in Cordileone’s eye for his denial of the Eucharist to Pelosi. She can take Communion at a papal Mass at the Vatican. Her home diocese is small beer.

All those roses gone to waste. With the aid of Francis, Cordileone has been outmaneuvered by his “sister in Christ.” The USCCB has been warned. Biden and Xi are smiling.

And to counter Dobbs, the White House is promoting AbortionFinder.org, available to young girls without parental approval.