Biden’s new appointment to the Department of Energy is a strutting, non-binary drag queen. He is also a packmate in the leather subset of “pup handlers.” You can bone up on the culture of puppy love later. For now, pay attention to Sam Brinton holding forth on the ethical necessity of role-playing of another kind: genderqueer pronouns for the newly discovered constellation of gender identities.

A link to his three and a half minute video is in the previous post. Still, it is better to have the libretto in front of you. The logic of it is clearer in print, uncluttered with voice and visuals. Brinton’s pensées appear here verbatim. I have merely added paragraphing for easier reading. 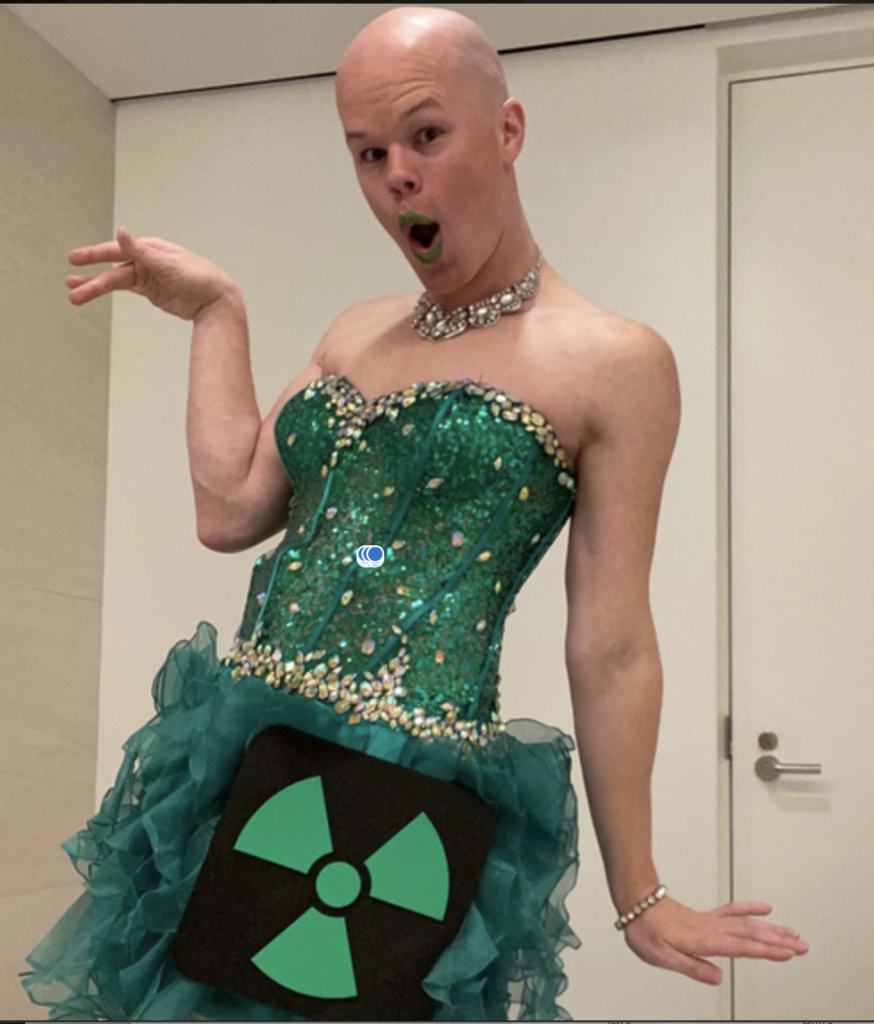 Instruction lifts off with a silent introduction on the screen: This non-binary activist tells us why pronouns are important. Sound turns on and the monologue begins. Out of the starting gate, Brinton’s first words are about him, his feelings, and his need to demand a certain kind of recognition—submission—from everyone else:

The me-theme continues with a quick pitch for his own role in raising social consciousness. In revolt against reality, the gender seer tells us why pronouns must not be taken for granted.

Pronouns are a fascinating part of modern culture. I don’t think many people think about them very often until someone like myself or others say their pronouns. So when I introduce myself I generally say, “Hi, my name is Sam Brinton. I use they and them as my pronouns and I serve as head of advocacy and government affairs for The Trevor Project [a support group for LGBTQ youth].

I give this before I even give my job because it’s the important way that you are going to describe ME—not what I do but WHO I am—and that respect for my gender is really, really important. 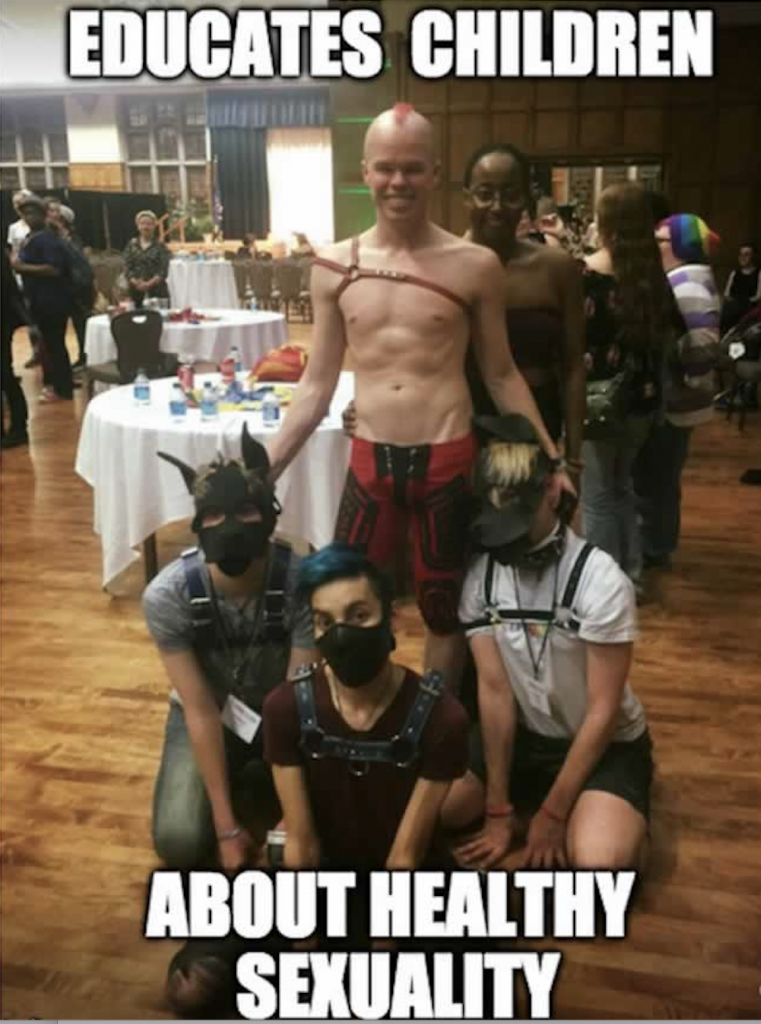 I think our culture has built itself around an idea that the faster I can learn something about you, the faster I can interact with you. We are a system of speed and pronouns sometimes slow that down. Right, like the assumption makes things easier. We are—every time we meet someone—immediately putting some type of judgment on them really quickly so we know how to interact with them.

BUT, that judgment could be wrong. So I think the hard part is to change perspective. Now this isn’t asking you to run a marathon. This is you saying that you want to be respected in a specific way and I can do that for you by using a pronoun.

[Read that last sentence again, carefully this time. The hostility in it is cloaked under a polite veneer. Put simply, it says: “Kiss my ass.”]

Things that companies and schools can do on the first day of classes and for maybe the first week having a sticker where you tell people: “Hi, my name is Sam, my pronouns are they and them.

It’s also really important to realize that pronouns change sometimes. Many of us will not always have the same pronouns because our gender is changing. Or our gender realization has changed. I think that’s really, really important for us to say that the flexibility of your personality should be something that we can respect.

[Our gender is changing. Though Brinton does not specify, this is why an ever-lengthening glossary of terms—from genderqueer and pangender to nullgender, agender and nutrois—is critical. Gender expression is boundless.]

Here the video interrupts the talk to inject a triumphant message across the screen: Merriam-Webster added “they” as a non-binary pronoun in September 2019. Brinton returns, grinning, to conclude:

Pronouns are amusing. I’m not going to say that they are not. But if I can have the President of the United States use my gender-neutral pronouns—and I can respectfully use theirs—then I think we are going to be in a world where everyone can be respected and everyone has the responsibility to be respectful. 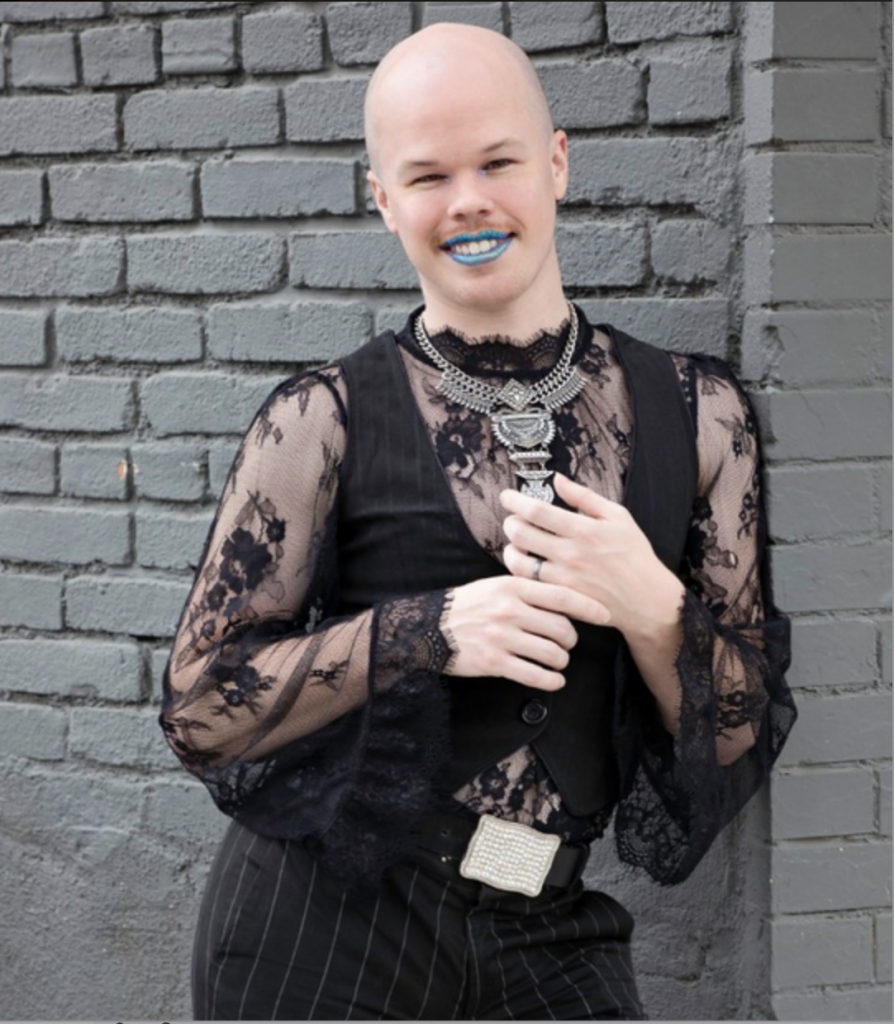 Is Biden the first or second president to respect Brinton’s pronouns? I cannot verify a claim that Sam wore stilettos to the White House to advise the Obamas on LGBTQ issues. True or not, the anecdote is incidental to the will to power that Brinton represents. Like the gnostic bedlamite who lives out fantasies of a new and better world, he is in revolt against an orderly society. To gain dominance over language is to insinuate control over the culture.

[Mussolini understood the tactic when he banned the pronoun Lei as unmanly. In its place, he imposed voi to restore his concept of the authentic Italian character.]

Brinton’s conspicuous narcissism, exhibitionism, and militant drive for the authority of his distortions are signs of impairment. Not only does he need his disorder accommodated, he wants it institutionalized and applauded.

In a culture declining into mimicry of a Weimar cabaret act, he could be winning.