“Hello, sweetie. Can I have a Ritz cracker?”

At last Monday’s noon Mass in a local Novus Ordo parish, the young woman ahead of me on line for Communion was carrying a toddler. The child clutched a Ritz cracker. The presiding priest, a baby-boomerish Dominican, dropped the host into the mother’s hand while chirping to the little one the banality above. What the mother thought of that, I do not know. But it made me flinch.

Flannery O’Connor had words for this sort of thing: “Stupidity and vulgarity are harder to put up with than sin, harder on the nerves.” In our image-saturated culture, showboating—playing to the crowd—is a reigning vulgarity. Like a politician on the stump, Fr. S. has a bent for it even on the altar.

It is fair to think that a sacred moment meant less to him than yet another opportunity to display himself as genial Frank, just one of the boys. Exhibitionism is a main ingredient in popular humble pie. 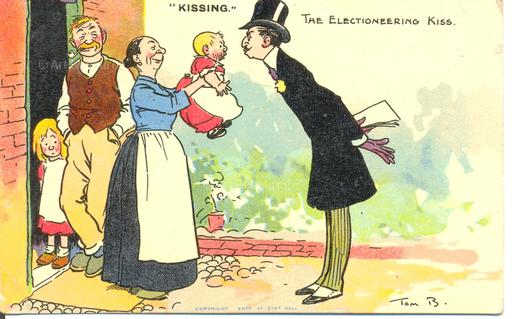 It is a condescending, narcissistic pose that infantilizes the congregation. Fr. S.’s puerility was an assault on sacramental imagination and belief in the Real Presence. Either the Eucharist is the body of Christ, or it is finger food—an amuse-bouche for us nice people at the Lord’s table.

For all my love of the sound of Latin and its antiquity as the Church’s language of prayer, that is not what binds me to the Latin Mass. It is the tenor of the invocations, the exultant beauty of the mystery the older wording communicates. Vernacular translation in my childhood’s St Joseph’s missal—Latin on the left side; English on the right—honored the beauty of the Latin prayers. Growing up helter-skelter in a wounded family, I was enchanted—who know how?—by  the grace, cadence, and exalted reach of those prayers.

They marked me for life. And left me indifferent to middling, workaday renditions by academic liturgists with candle-stub aesthetics.

In the old rite, the priest descends the altar steps and administers the Eucharist to each person with the blessing: “May the Body of our Lord Jesus Christ preserve your soul unto life everlasting.” As the priest returns to the altar, we open our missals to pray with him: “What has passed our lips as food, O Lord, may we possess in purity of heart, that what is given us in time, be our healing for eternity.”

At the new streamlined Mass, the Eucharist dispenser—priest or layman—says only “Body of Christ.” A flat, toneless identifier stands bail for the traditional blessing. Wonder dies in the difference.

That recurring address “O Lord” is not inclusive. It bows to hierarchy, a distinct sublime ranking impenetrable by human networks. Self-confident moderns renounce it as patriarchal. Non-egalitarian. But what offends modern ears comforts mine. It keeps me mindful that the glittering lords of our mad historical moment are no more than dust and ash. As am I. And you.

Listen again to Fr. S.: “Hello, sweetie. Can I have a Ritz cracker?”

Affable irreverence is made indecent by its debasing effect on the religious sensitivities of its hearers. True prayer is an encounter between the living God and a living person. It does not come easily to most of us. We are hobbled by the distractions of living and their strain on our attention. For Catholics, then, the Eucharist is an absolute gift. In itself it is a prayer that transcends all disturbances. In the brief act of reception, weights lift—if only for an instant. It is a saving instant, an acute wordless encounter with the indwelling Word, the greatness of God.

The grandeur of the moment crumbles with profane heed for a Ritz cracker.

According to a 2019 Pew study, only some 30% of Catholics believe in the Real Presence. Accordingly, plans are underway for a National Eucharistic Revival, scheduled to launch on June 19, the Feast of Corpus Christi. The USCCB is calling for a three-year grassroots revival of belief in the Real Presence of Jesus in the Eucharist.

Use of the word revival echoes earlier revivals in this country: the Great Awakening of the early eighteenth century, and the Second Great Awakening that followed later in the 1790s:

The Great Awakening was a religious revival that impacted the English colonies in America during the 1730s and 1740s. The movement came at a time when the idea of secular rationalism was being emphasized, and passion for religion had grown stale. Christian leaders often traveled from town to town, preaching about the gospel, emphasizing salvation from sins and promoting enthusiasm for Christianity. The result was a renewed dedication toward religion. . . .

Protestant to the core, that historic initiative by children of a Puritan past intended to arouse excitement, even intoxication, for religious piety. It succeeded in having substantial impact on American culture into the twentieth century.

What impact will today’s Eucharistic Revival have on Catholic culture? We will see. Right now, it serves largely as a mop-up effort to compensate for bishops having rolled over and played dead during the pandemic. They explain: “Too many Catholics still have not returned to Mass to celebrate the central mystery of the Church.”

Those still-absent Catholics took to heart the unspoken significance of church closings, cessation of sacramental life, and manic handwashing. All in deference to a treatable, media-hyped virus with a >98% survival rate. The Church’s spooked management class gave new meaning to “Out damned spot.” Many Catholics caught the gist.

The USCCB offers no mea culpa for its capitulation to state overreach. It makes no promise not to collapse into faith-killing subservience again. Instead:

Over the next three years, dioceses will host Eucharistic Congresses and processions. Parishes will increase or begin Eucharistic Adoration. There will be a revival of faithful adherence to the liturgical norms in all their richness – the ars celebrandi. Families and friends will gather in small groups to learn and pray together. Filled with the flame of charity from the reception of Jesus in the Eucharist, missionary disciples will go to the margins, recognizing the mystery of Jesus’ presence in the poor.

Ultimately, this is a political statement, not a religious one. Friends gathering in small groups? That echoes Liberation Theology’s “base community” movement. Flame of charity? In this context, the phrasing hints at a non-Eucharistic subtext to this Revival. A clichéd term, margins is a social justice abstraction. It conjures a sociological realm separate from the reality of the Eucharist.

In light of the Revival’s declared purpose, the last sentence is absurd. The Real Presence refers to the mystery of Jesus’ presence in the Eucharist. By substituting in the poor, our bishops instrumentalize the Eucharist. Wording here implies that the Eucharist is a tool for promoting social programs (federally funded?) among a designated population.

Faith for the sake of works?

In Church parlance, the category poor tends to omit disadvantaged whites. Shut out of the sacred “margins” are uneducated and unemployed casualties of de-industrialization, Utopian environmentalism, and—here at home—race-obsessed social justice fixations. Works for some but not for others? Not for the Rust Belt states. Not for white working class discards below the poverty level from New York State to California. The flame of charity sputters.

Eucharistic revival does not require three years of pageantry and propaganda. It requires only reverence for the ineffable, expressed in word and gesture. Is our clerical caste up to it?

Note:  If you can, take a moment to revisit earlier comment on Francis’ plebian gestures. It applies here. Alas.