My essay on Shia LeBoeuf ‘s conversion in The Federalist  avoided stressing the obvious: the Latin Mass has no cure for clinical narcissism. Or sociopathy. It did not seem necessary to press the point. But judging from responses, I was wrong.

More than a few readers were anxious to view LeBoeuf—actor, performance artist, filmmaker—with sympathetic trust. Some invoked St. Augustine. Clearly, the piece had been too delicate. I should have been more explicit: In his self-referential interview with Bishop Barron he impressed me more as a con-artist than a convert.

Con men can charm. Like actors, they are skilled in persuasion. The swindle depends on it. Watching LeBoeuf on air, it is easy to see his surface appeal. He is good looking, assertive, voluble. And there are people—women especially—who are susceptible to the dazzle of what the actor calls his “desperate little boy shit.” Pity the women he knowingly infected with an STD.

Recall that aw-shucks comment in his confession to Bishop Barron: “I have a big heart.” It was not big enough to tell the women he bedded that he had tell-tale sores and was infectious. His self-flattery reminded me of another celebrity. Keith Haring, artist and social activist (“Crack is Wack”), was a promiscuous carrier of infection. Eyes open, he passed AIDS to unsuspecting young male groupies.

LeBoeuf’s exhibitionism is breathtaking. So is his enthusiasm for dramatizing his own derelictions. [My name is Shia LeBoeuf, King of Hustles;/Look on my Works, ye Righteous, and despair!] 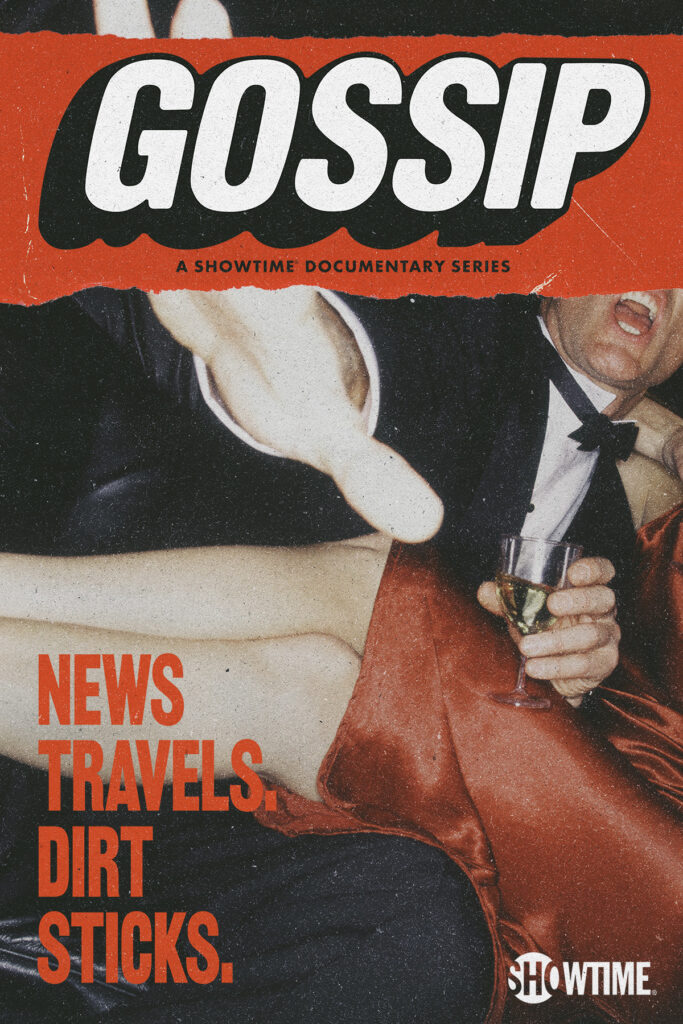 In August, he broadcast his confession to Bishop Barron and to some half million subscribers to the bishop’s YouTube show. Next day, he repeated the performance with actor Jon Bernthal and his three hundred thousand-plus fans. LeBoeuf’s Latin Mass routine—a medley of scripted liturgical sophistication and naive street lingo— was an exclusive reserved for EWTN.  Otherwise, it was the same schtick both times.

(In marketing terms, Barron’s boutique clientele is a target audience for the film Padre Pio. LeBoeuf’s conversion is of no more interest to Bernthal’s audience than last year’s conversion of Brittany Spears. His viewers will see the film to watch LeBeouf.)

LeBoeuf had his lines down. (“I forgot how to breathe.”)  Only difference was the diction: parlor-worthy on Bishop Barron Presents versus the showy, expletive-laden vernacular on Bernthal’s Real Ones. The contrast jangled. It suggested an actor—foul-mouthed, recovering hustler on one stage set; earnest catechumen on the other—controlling his image. He tailors the swagger to the audience.

My favorite part is where he repeats to both hosts, in identical wording, the dramatic moment he considered suicide: “I forgot how to breathe.” It is as heart-catching as the death of Little Nell.

The line is the title of a song by FAYA that went viral on Instagram and became a meme on TikTok. Videos galore. There are hashtags for it: #forgethowtobreathe, #forgettinghowtobreathe, and a few more. Give LeBoeuf credit for colossal chutzpah. 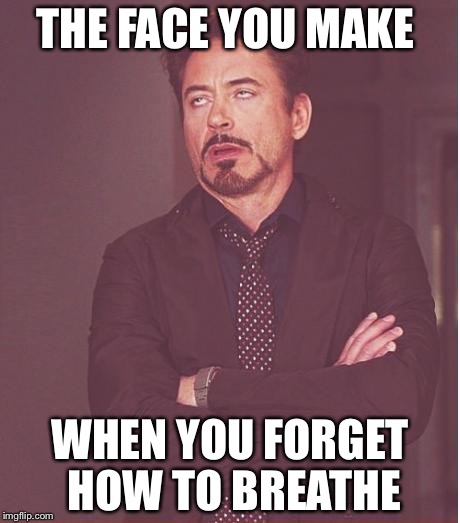 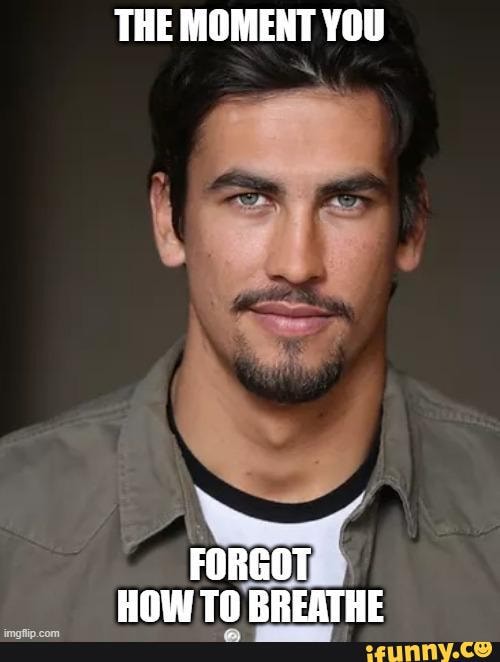 Added to serial abusive, even injurious, relations with women, there is LeBoeuf’s history of serial plagiarism. He plagiarized even his apologies for the plagiarism. The man has a hungry ear for other people’s words. Laura Stampler’s 2014 essay in Time,  “A Brief History of Shia Leboeuf Copying the Work of Others,” catalogued his pilferings in the previous year. This August, 2022, an article in Far Out Magazine, a British venue covering the film and pop music worlds, reprised the earlier Time article and added a few details. Read both.

• In 2013, LaBeouf abruptly quit a Broadway show over friction with Alec Baldwin. He apologized to the cast in an elaborate email that passed off as his own several passages from “What is a Man?” (“a man owns up… a man grasps his mistakes”), a 2009 Esquire essay by Tom Chiarella. He tweeted the email to tout le monde. When the theft was noticed—as was inevitable—LeBoeuf excused himself, again on Twitter, with a steal from David Mamet: “Invent nothing, deny nothing, speak up, stand up, stay out of school.”

• LeBoeouf’s directorial premier was an act of plagiarism. His short film HowardCantour.com opened at the May 2012 Cannes Film Festival. When posted online six months later, viewers noticed that the film replicated a graphic novella by Daniel Clowes. Clowes sued. He told BuzzFeed:

The first I ever heard of the film was this morning when someone sent me a link. I’ve never spoken to or met Mr. LaBeouf.  .  .  . I was shocked, to say the least, when I saw that he took the script and even many of the visuals from a very personal story I did six or seven years ago and passed it off as his own work. I actually can’t imagine what was going through his mind.

On it goes. LeBoeuf pays close attention to the mea culpas of other people. Think he takes notes? He has thieved from, among others: Tiger Woods, poster artist Shepard Fairey, Mark Zuckerberg, Robert McNamara, French soccer player Eric Canona, Comic Journal‘s Daniel Nadel. In defending himself against claims of plagiarism, he copied from Yahoo! Answers.

The calculated brazenness of LeBoeuf’s steals—the give-a-damn quality of it all—should have a dampening effect on serious people. Catholics do the Church no favor by suspending warranted skepticism for the easy gratification of prematurely claiming a pop culture ally in the liturgy wars. These are part of a larger contest that, in the end, is fought against the post-Christian—post Western, in Vaclav Havel’s term—culture we inhabit. We cannot afford sentimentalism.

Sentimentality is the enemy of true compassion. It is the self-centered substitute of one’s own feelings, one’s druthers, for conscientious appraisal of reality. It clouds the eye, impeding reasoned arguments against unreality—against duplicity, delusion, absurdity. And against pathology-in-masquerade. 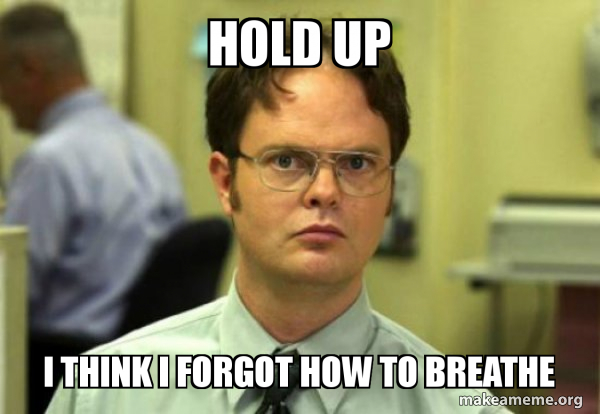 Note: Edward Feser’s warning against what he once called “candy-ass Christianity” has wide application. It is more relevant here than the “pseudo-Christian ‘niceness'” that moves Catholics to rush to extend trust to someone—especially one in the limelight—who has not had time to earn it.

Print This Article
Previous Post: 9/11 & The Pedagogy of Amnesia
Next Post: Notes on “Padre Pio,” the Film